One of the smallest and simpler projects we made for Lisbon Maker Faire 2015 was a small 3D printed replica of a Lisbon Tram, one of the most charismatic icons of the city! All parts are available on Thingiverse. 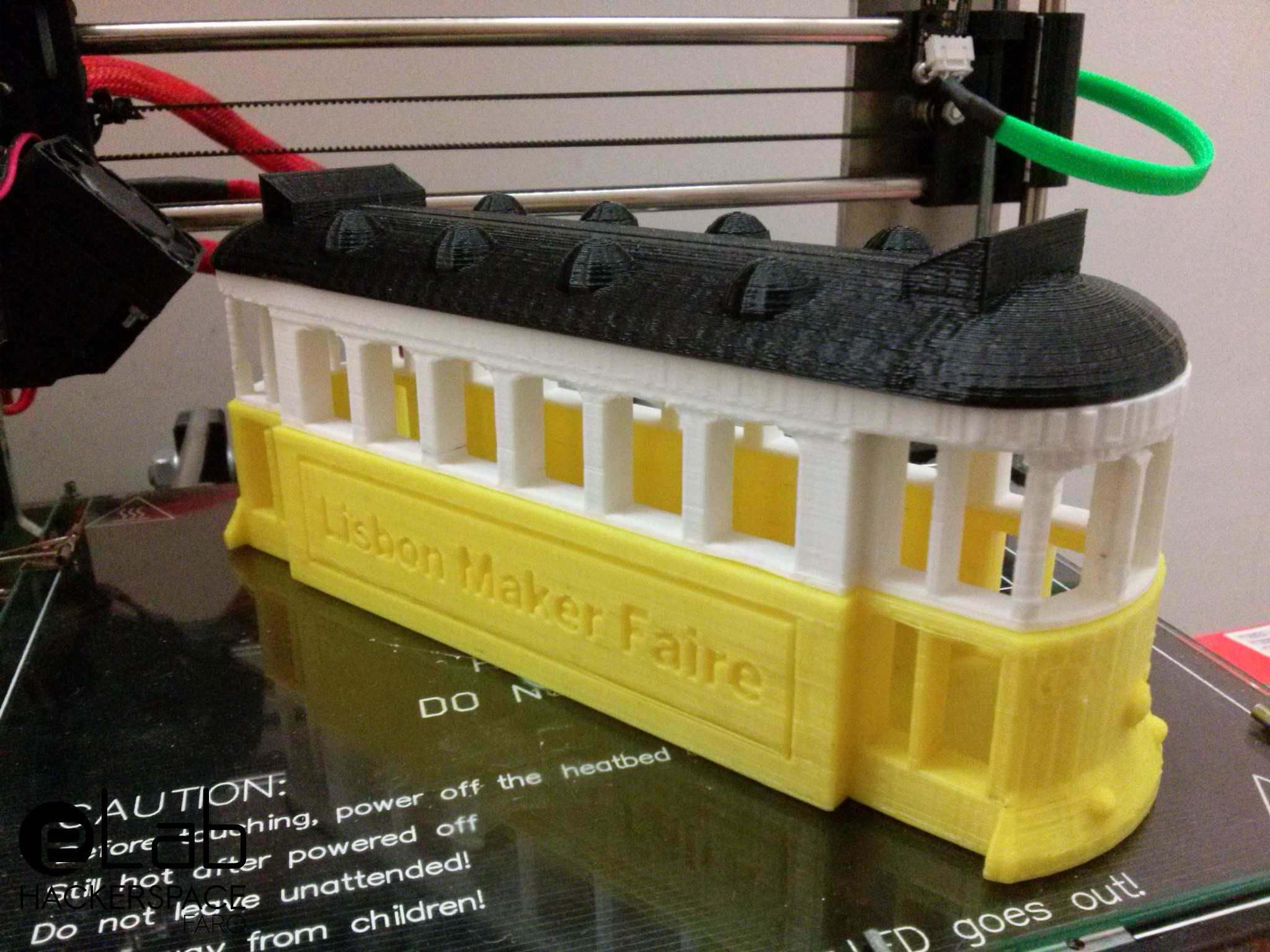 I thought about it just a few weeks before the event so there wasn’t much time to design it. First I looked online for some cool models that I could use but I didn’t find much. So I started designing it on Tinkercad. 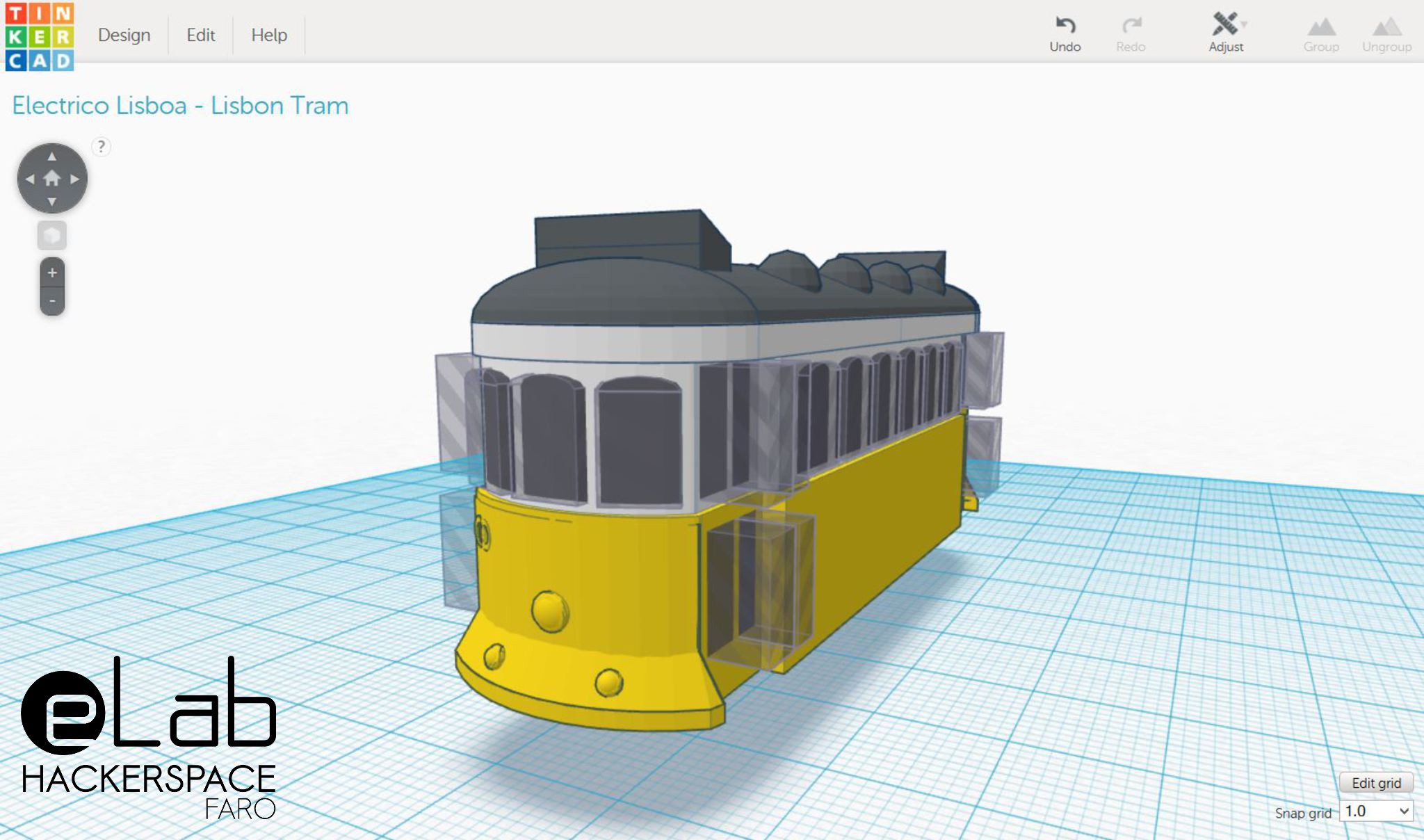 I based it on a lot of different pictures from different angles. Took me a while to make it but I think it turned out cool:

I wanted to make it with the real colors, otherwise it wouldn’t be so interesting, so I needed to divide it into a few different parts that would later be fitted together and glued down. 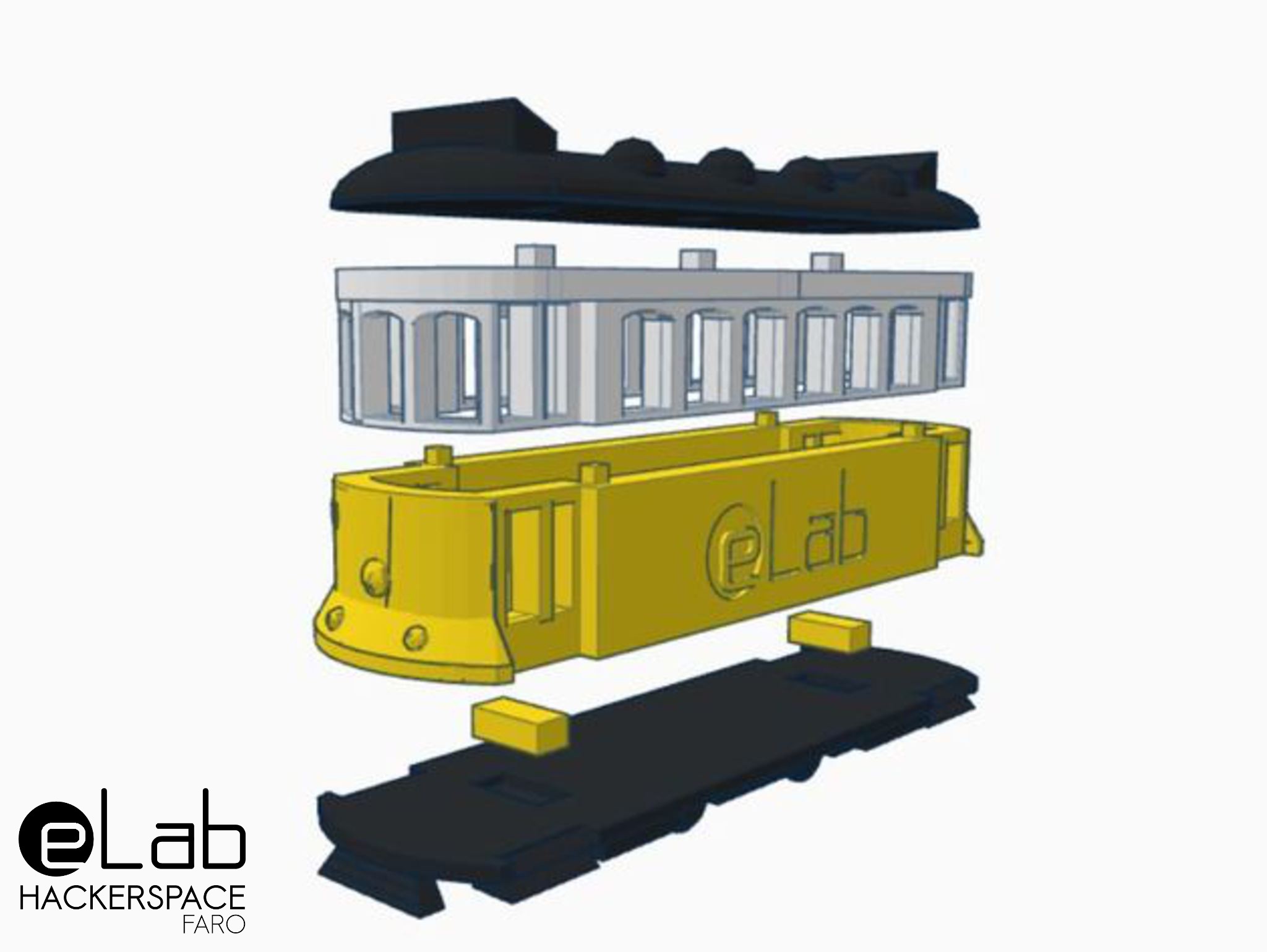 Once the design was figured out, it was time to start printing it. I started with the yellow base: 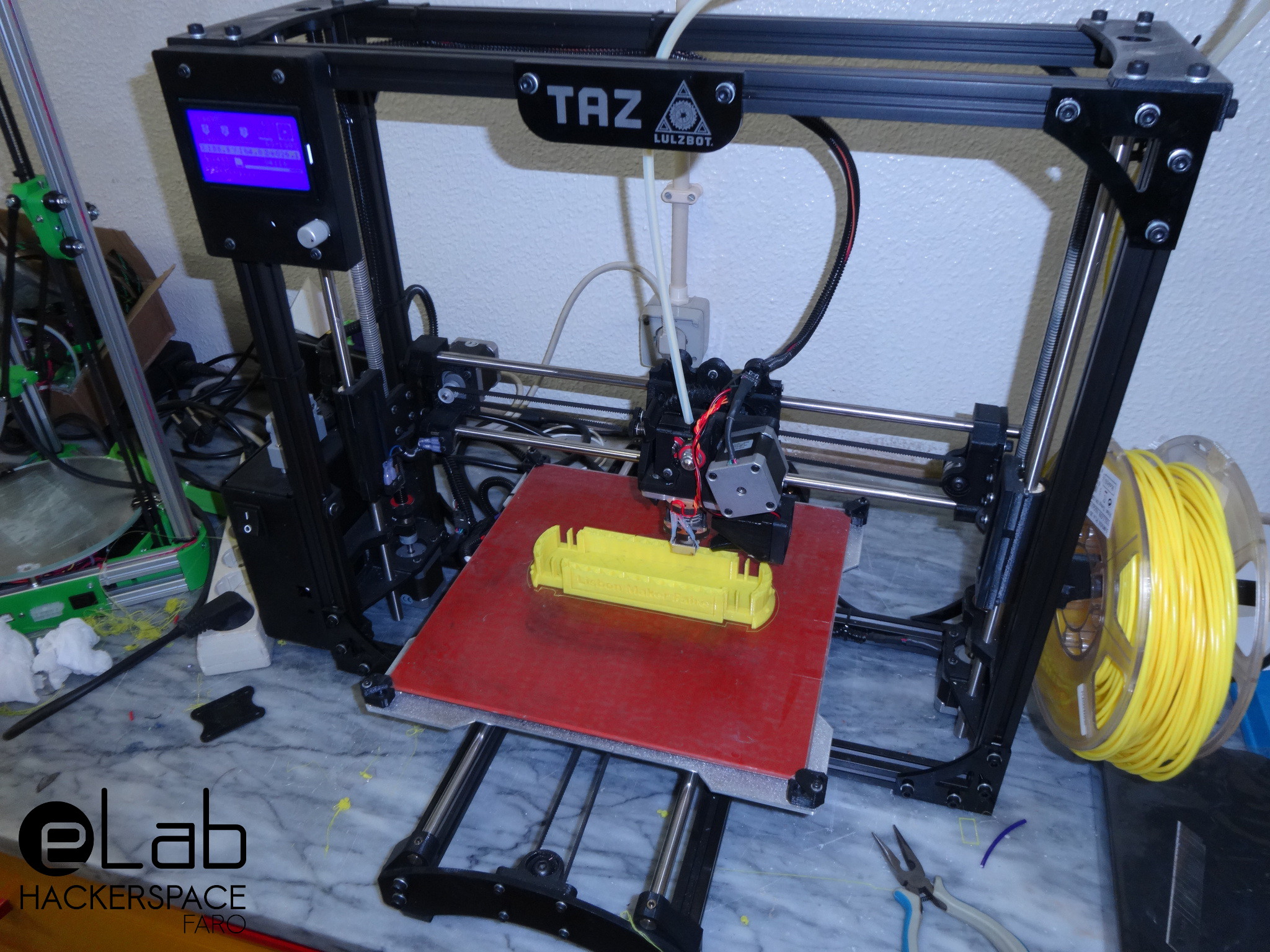 The white part was tricky, it has a lot of retractions and a giant bridge near the end. Unfortunately some of the pillars were so thin they eventually broke. I later redesigned the part to make them wider. But the bridging though worked out nicely, I was surprised with our Lulzbot TAZ4! 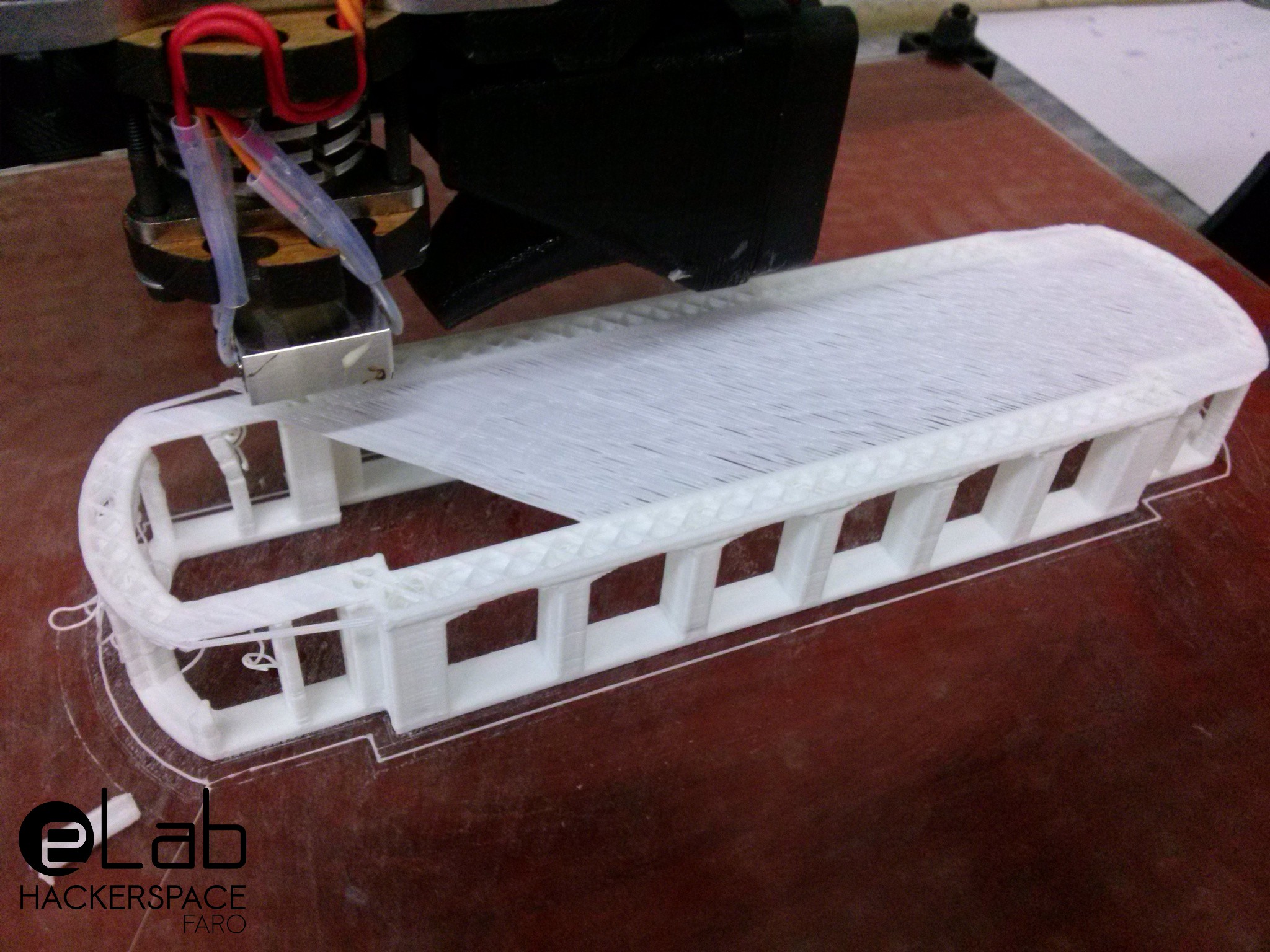 Since I was kind of in a rush, I also used a Prusa I3 to print the roof at the same time: 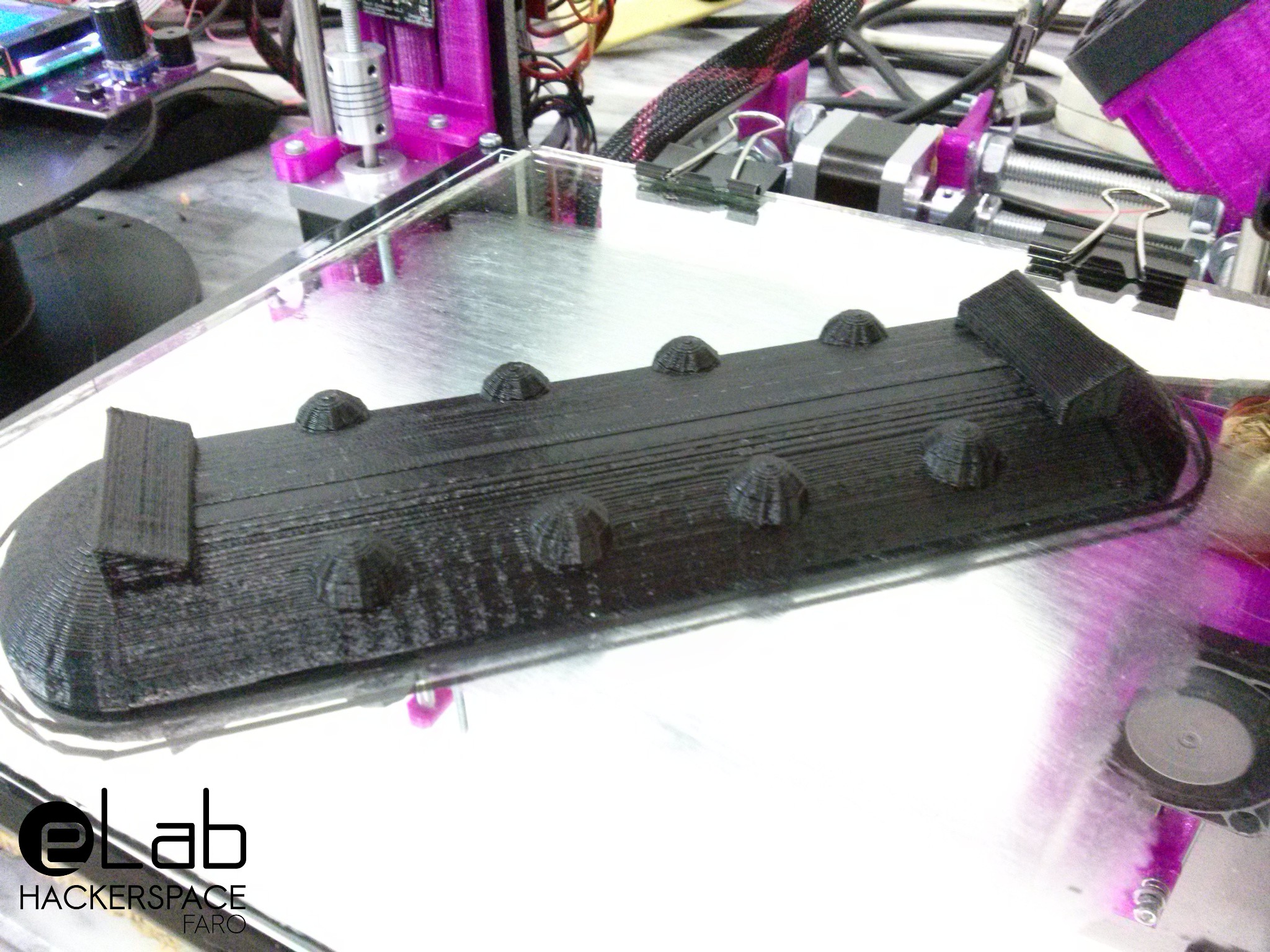 It was simple yet attractive, people at the faire immediately recognised what it was: 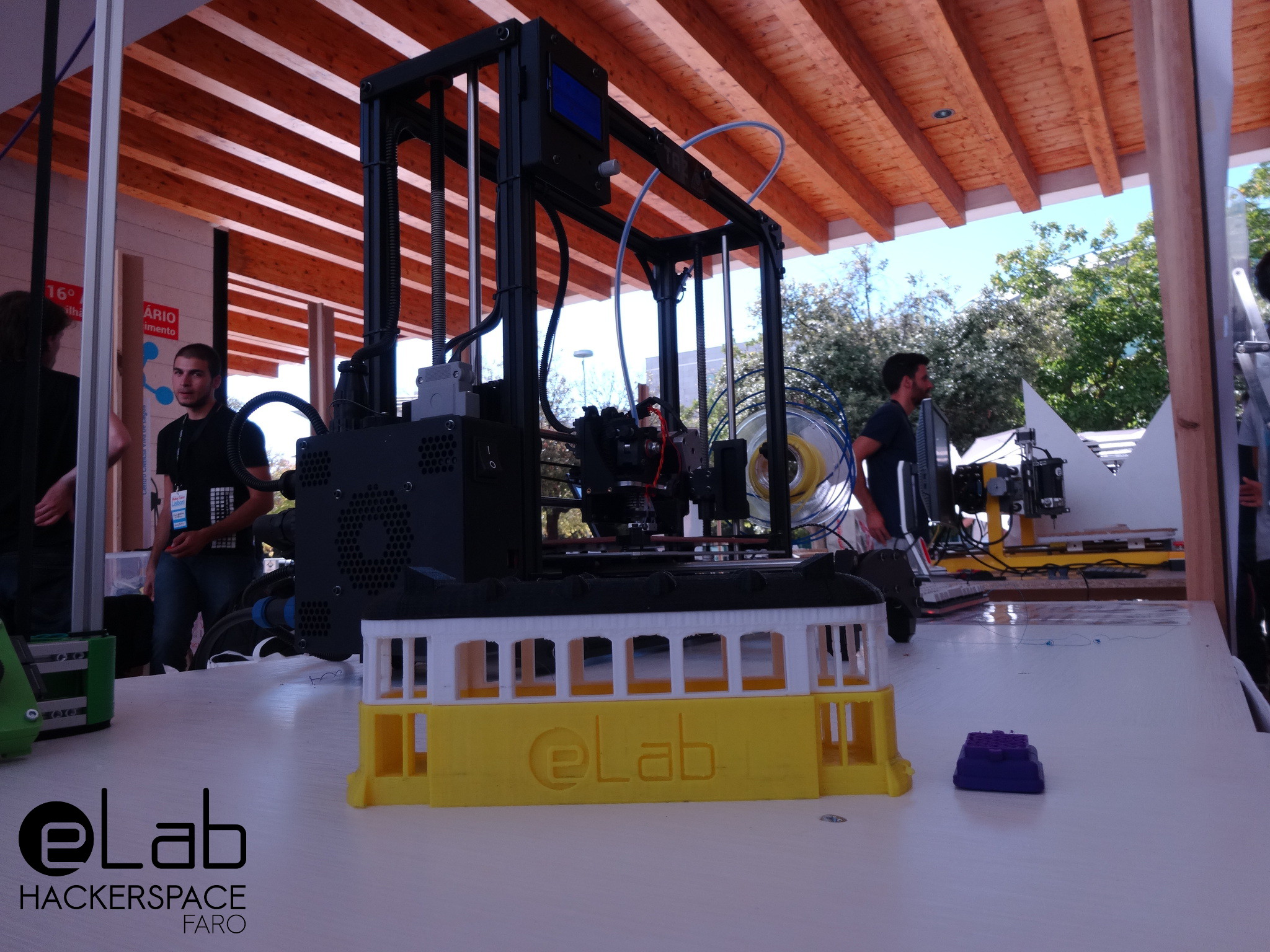 If you want to print your own, you can find all parts available on Thingiverse. 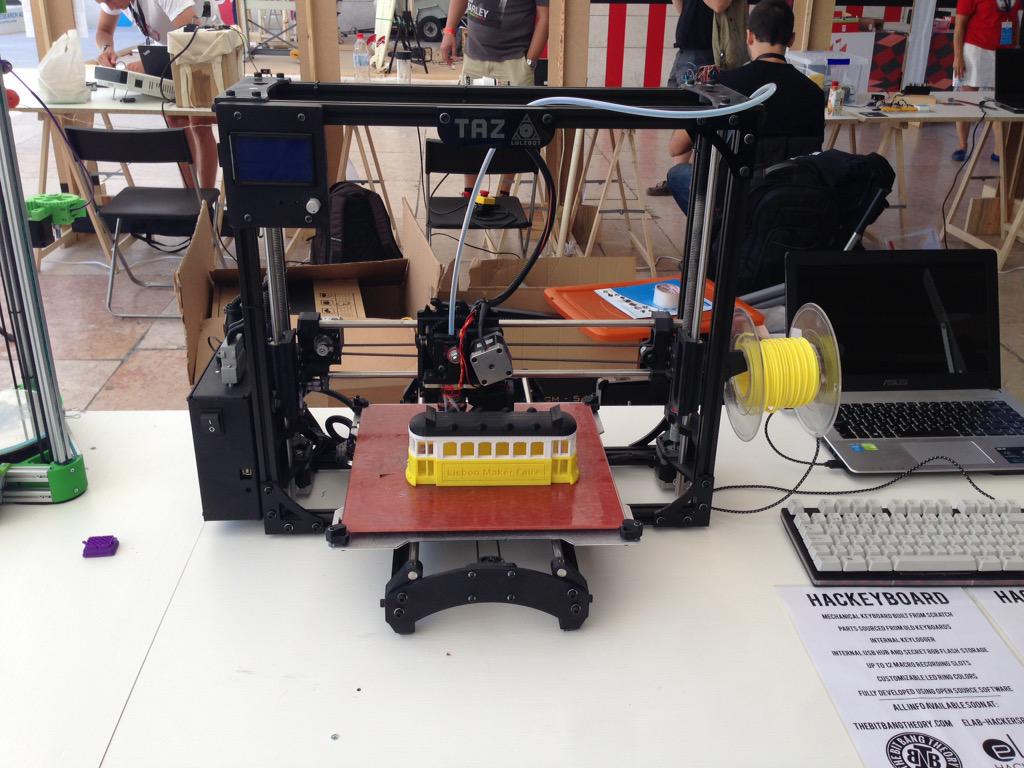 Maybe you can even try and switch the color combination to end up with different styled trams!