This is a project I have made for the Instructables 3D Printing Contest. I was browsing online for some 3D designs when I found a DNA strand, and I noticed that when I rotated it, it created a weird hypnotising upwards and downwards effect, so I thought it would be cool to take advantage of that effect and use it on something, then came the idea of making a lamp. This will be a small summary, since  the full article can be found on Instructables. And STLs can be found on My Mini Factory. If you’re not into DIY, you can get one on Tindie.

I thought about using glow in the dark filament to make the DNA Helix stand out when the lights were off. I also thought it would be cool to make the LEDs fade in and out to make a cool visual effect on the DNA, changing from glowing white to green, giving it the weird feeling of a mysterious evil experience or that it is alive somehow.

Since I didn’t know much about 3D design and I needed to get it done really fast, I started designing a first sketch using Tinkercad: 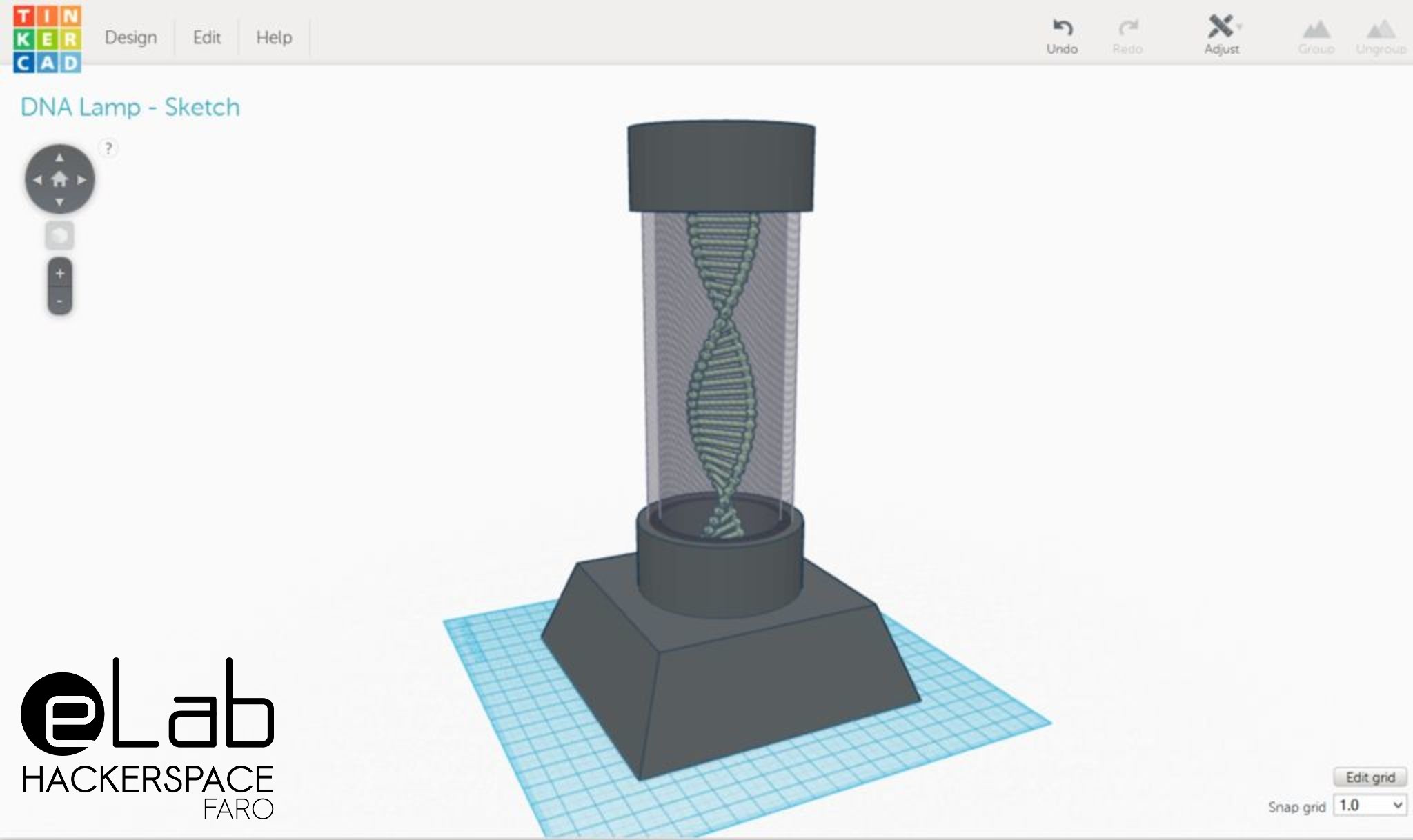 After all the designs were ready it was time for printing the parts. To speed things up, I’ve used eLab’s LulzBot TAZ 4 and my own Prusa I3: 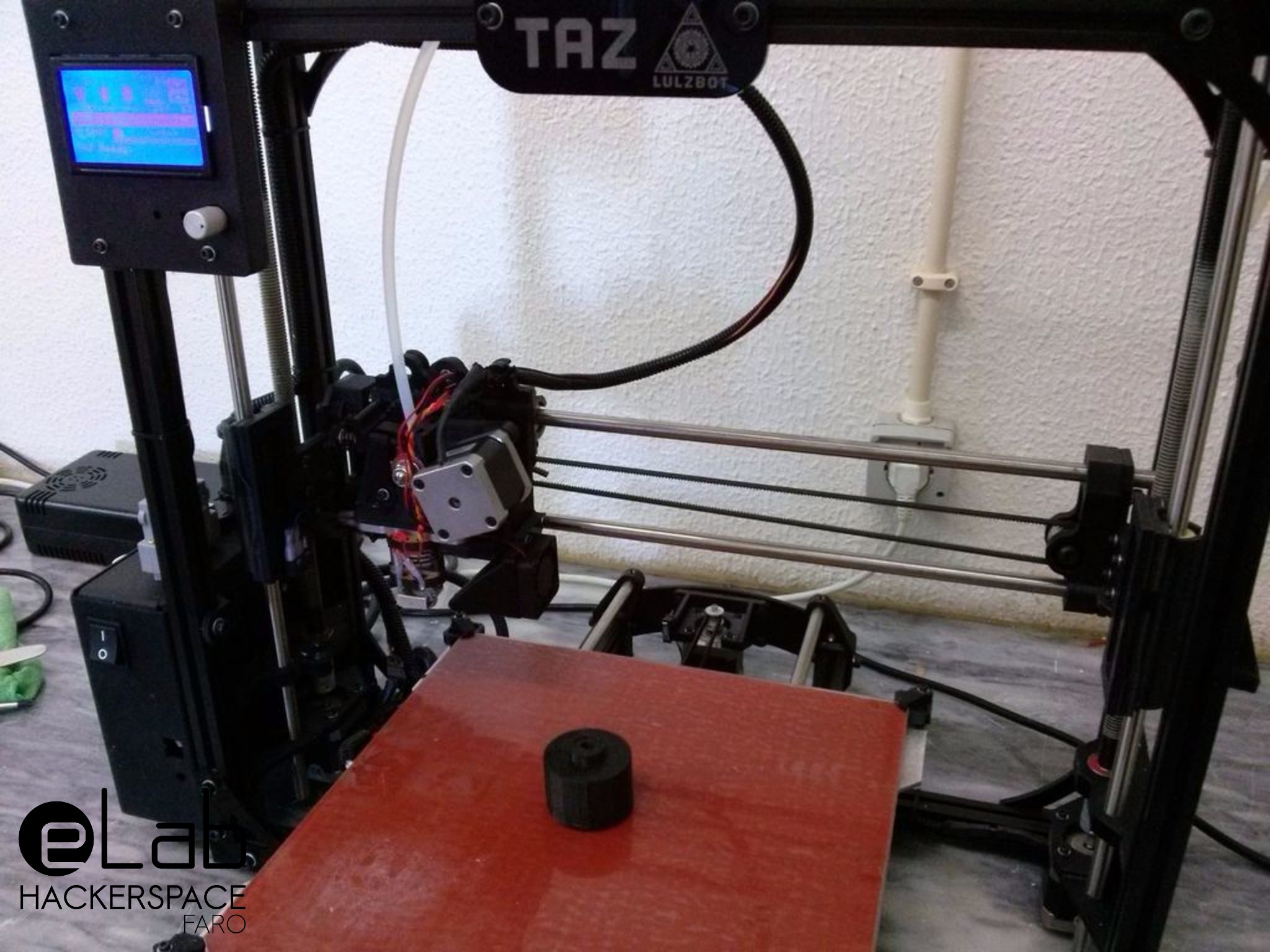 It took a few hours, but eventually all the parts were ready to use: 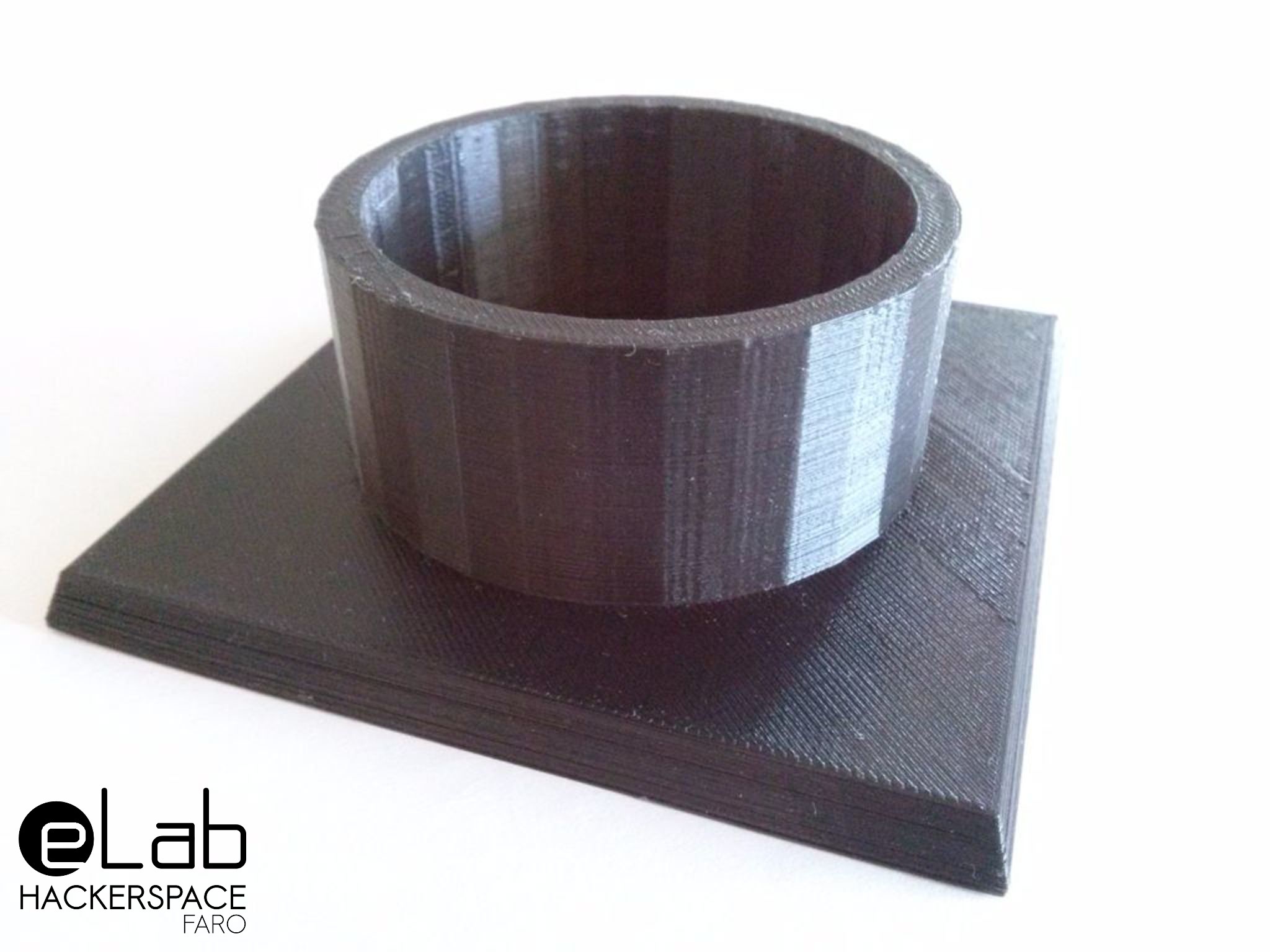 Then I started mounting all the parts and connecting the electronics: 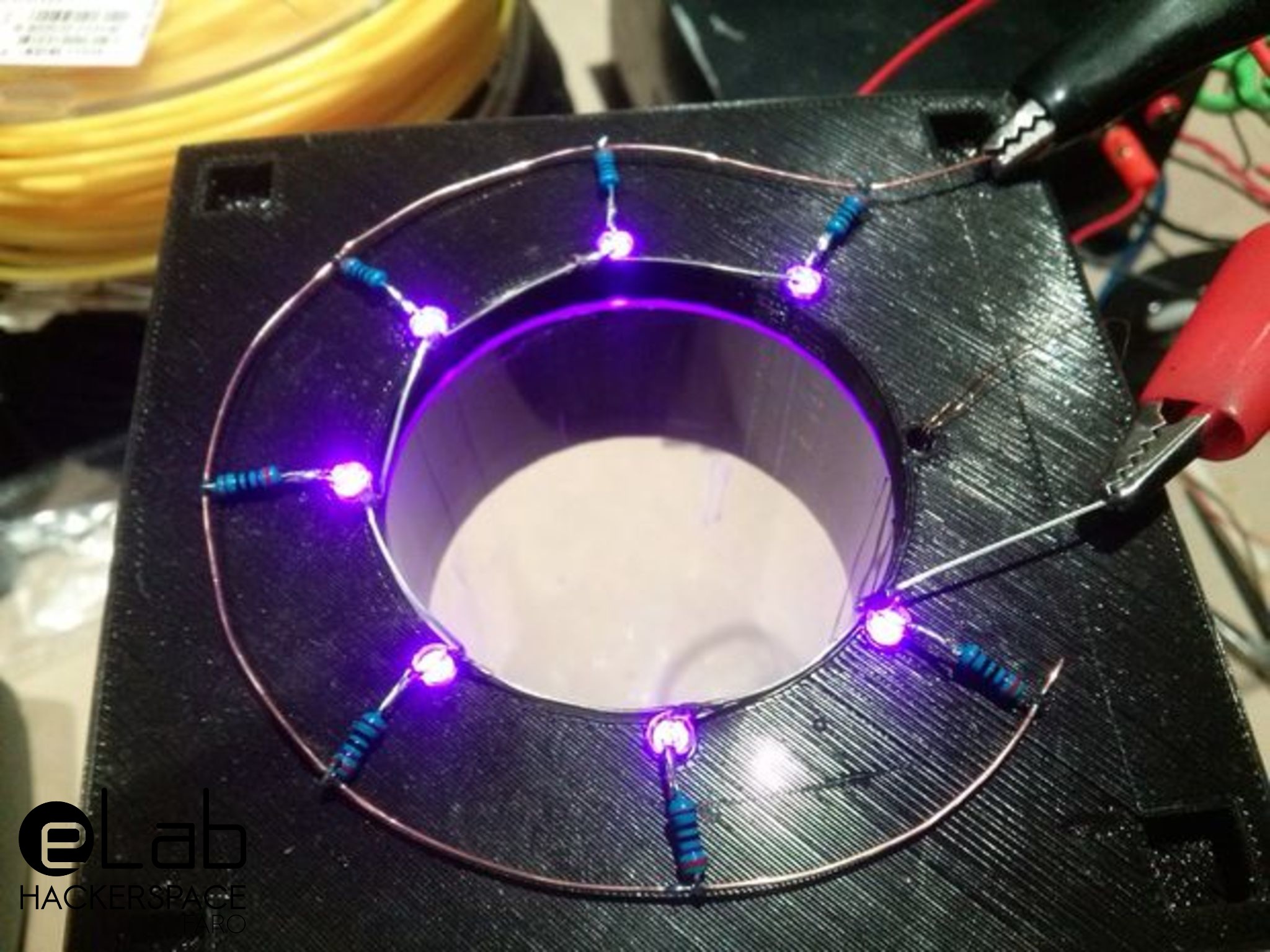 To make the rotating platform for the glow in the dark helix, I’ve used an old microwave motor: 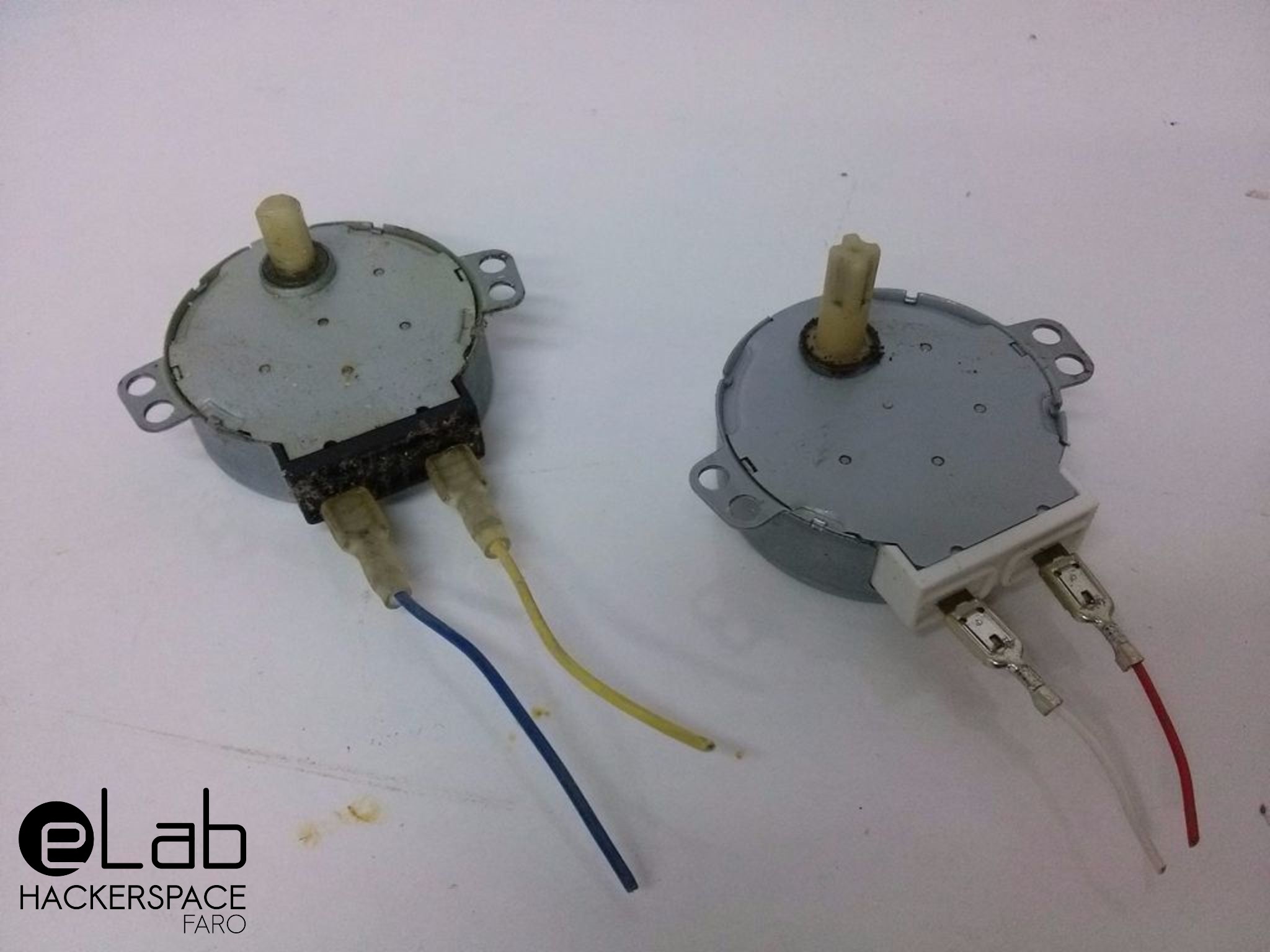 The schematics is relatively simple, a 5V AC/DC adapter, which is actually an old Nokia charger, the motor, a relay, some LEDs, a button and an Arduino: 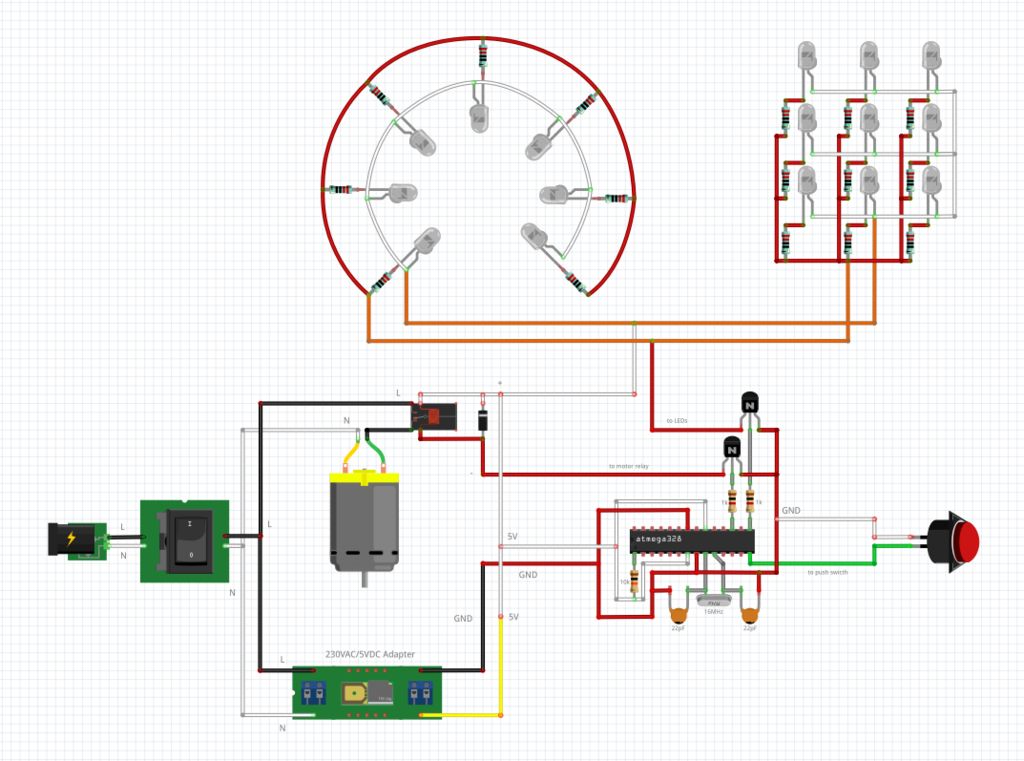 Then it was time to close everything up: 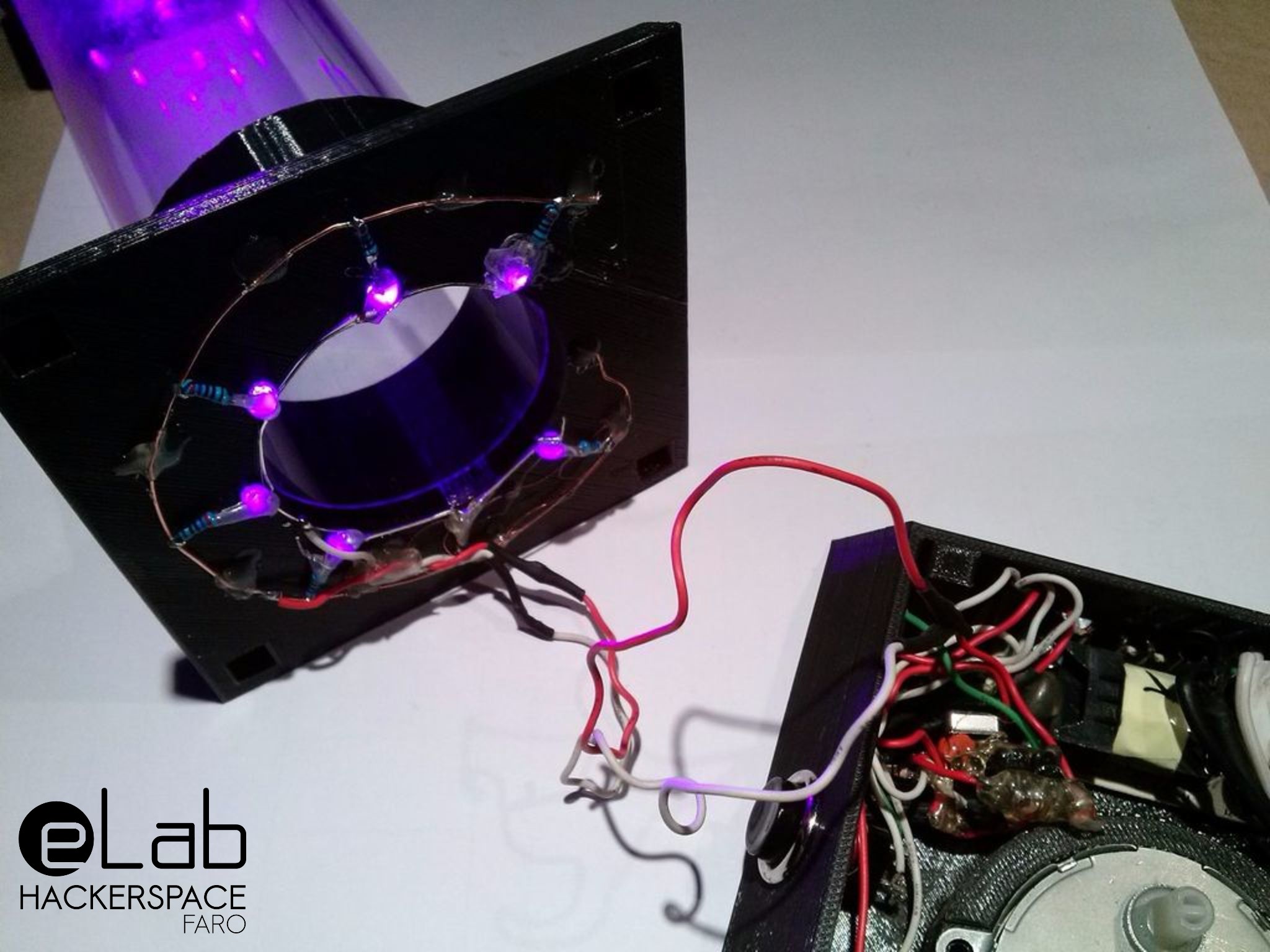 And now it was ready to turn on. It’s exactly as I imagined it! Here’s the final result:

Fortunately I finished it in time for the contest and it was actually one of the winners! It proved out to be a great project, as it was featured on 3Dprint.com, 3ders.org and even Hackaday, as well as some other websites.

Don’t forget to check the Instructables article for a complete and detailed tutorial on how to build it!